Spurred on by Bret Contreras and a Facebook link from Lars Avemarie, “If you are truly evidence-based, you’re only as good as somebody else was 2 years ago,”  I figured I would brush this draft off and publish it.
Read more → This blog entry’s study comes from my friend Brad Pilon, who said, and-I-quote, “I wanna get you back to dissecting papers on your blog,” which jolted me into realizing I haven’t in a long time.

One idea that Brad and I have been talking about (apart from trying to stick to manipulating factors that make LARGE contributions to progress) has been the notion that diet and exercise, though both important for “health” and “fitness”, may have little contributions towards their counterpart body components. Diet seems to have the greatest impact on body fat, while exercise (and more specifically, resistance exercise) seems to have a greater impact on lean body mass. While one CAN use exercise to assist in losing body fat, I think there is probably some truth in the saying, “You can’t out-train a bad diet,” and similarly, I would argue that at most levels, you probably can’t eat yourself more muscles, otherwise, there would an epidemic of Ah-nolds in America, not obese people.
Read more → 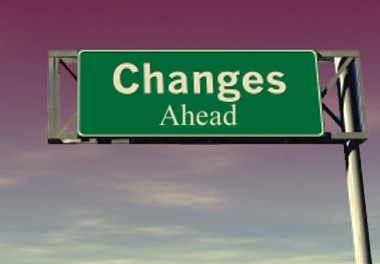 I’ve talked about information overload before, as well as information dieting (yes, before the book came out.)

Today while I was changing in my gym, I overhead two guys talking. Both were built like brick you-know-what’s and neither (though fully clothed in workout gear) looked “fat-big”.
Read more → I’ve always thought a meta-analysis on beta-alanine was a good idea. So many of the trials have been underpowered, that it felt like weren’t getting anywhere fast. I wanted to be the one to do it, but life circumstances have kept me from focusing on much other than my main career. So it was a pleasant surprise to see that someone else had the same idea.

With just 11 weeks left before my exams though, I’m going to keep this blog entry brief.
Read more → 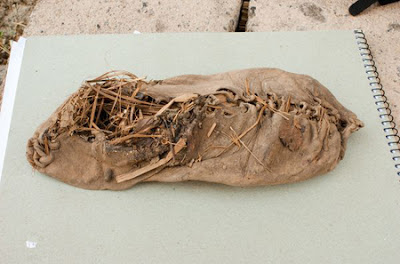 I’ve had a few emails asking me to review some of the literature on the new shoe trend. Every company is jumping on the bandwagon to create their version of the Vibram five TOE shoes (sorry, I’m going to be a hand and wrist sub-specialist. Toes are NOT fingers). It’s a little reminiscent of the “body-toning” shoe thing, without all of the wildly outrageous claims, and a trend that I think will live long enough to warrant weighing in on. Most studies to date have really focused on how the shoes alter foot and gait biomechanics. I would argue that most of the claims on the Vibram website are still largely unsubstantiated or just what I call “motherhood statements”, like: “Eating your greens is good for you,” and “Puting on your jacket when it’s cold outside is good for you.” (basically, statements that don’t really have any clout one way or another, but just make you feel better.)
Read more →

Anecdotal evidence is considered the lowest quality of evidence upon which to base decisions. It is highly susceptible to sampling bias (most people who don’t get the outcome they want don’t tend to tell their story), selection bias (I get to pick the best pictures), recall bias (most people aren’t that great at keeping research-level records of all the factors contributing to their story), as well as out-and-out dishonesty; but when it comes to individuals making decisions, it also seems to be one of the most powerful and potentially driving pieces of evidence. It is something that I think I would like to study in the future (collaborators welcome!), but as an idle musing, I think anecdotes are so powerful because they are generally quite personal, and very accessible. Anyone can read a story. There aren’t really any statistics that require courses or books to decipher. And when it comes to basing a decision on an anecdote, there aren’t any right or wrong answers. You can decide to use an anecdote because you think it fits your circumstance or not; either way, you’re right because there are so many ways in which an anecdote can fit, or not fit your situation.
Read more →

Restriction: It’s not just for calories I’m sitting in the Newark airport and having a sandwich at the Earl of Sandwich (it’s the only place I can sit down here, it seems). There was a sign as I came up the ramp for “PI” stating that “He’s a child isn’t a diagnosis”, implying that your child’s cold could be a sign of “PI”. As I’m sitting here eating this club sandwich, there’s another sign outside the restaurant also for “PI” or “Primary Immunodeficiency”.

Primary immunodeficiency is a condition that affects (at best estimate) about 1 in 100 000 births. There are at least 5000 people that see that sign every day. Of those 5000 people, a much lower number of them will have children and even lower still, the number of those individuals who have a child less than 1 year old. In 20 days (almost a month), that sign would be applicable to a single individual if they were all infants under the age of 1. How many days would it take to pick up one case of PI? Probably more than 6 months to a year. Important? Yes. Because PI or SCID (Severe combined immunodeficiency) can result in DEATH before the age of one year if untreated.
Read more →