Not evidence-based, but still a neat foodhack 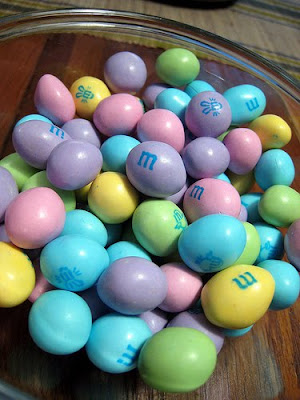 Ever find yourself crushing a bag of snack food? Part of the reason why you can is because it’s there. Not only is it there, it’s immediately accessible. So here’s an idea that you can try while still keeping your sanity.

For some people, certain foods are hair-trigger foods. These are foods you can’t resist, no matter how hard you try. They’re the foods you’ll go out of your way to eat, and over which you have essentially no control (for me, these are profiteroles of any variety, chocolate-covered or not). This foodhack is not for those foods. Those foods are foods you should probably not have in your home except under specific conditions and quantities.

However, for those foods that you do enjoy but tend to overindulge on, try putting it in another room, or at least, far enough away that you’re going to have to completely disrupt what it is you’re doing to get at it. For instance, there’s a bowl of peanut M&M’s on my kitchen counter right now. For me to grab a few, I’d have to stop writing this entry (or watching the movie, or reading, or whatever it is that I’m doing currently), get up off the couch and grab a few. My only rule is that I can’t start eating them until I’ve sat back down on the couch; oh, and I can’t eat more than I can carry in one hand (this doesn’t work well for things like cake).

If I’m willing to overcome all of that inertia just to have a few M&M’s then I should be able to have a few. But after the third time up, I honestly had too much inertia built up to go again. The inconvenience of getting up off a comfortable couch, stop typing, put my laptop down for a few M&M’s just wasn’t worth it anymore. It also means that if I’m going to overcome my inertia, that I’m making a conscious decision to actively pursue eating those M&M’s. I actually have an opportune moment to think about whether that action is compatible with my goals, or within the flexibility I have already built into my plan. There’s nothing wrong with rejecting your diet at times, as long as you’re making an informed decision about doing it, understanding the consequences of your actions. Taking ownership of going backwards is just as important as moving forwards.

It’s hard to take ownership over overeating or eating that isn’t congruent with your goals when the food is sitting right in front of you, ready for you to consume. It’s an absent-minded, reflex-like action to put another M&M in your mouth when there’s a bowl within arm’s reach. You, in fact, probably don’t even enjoy the food that you eat absent-mindedly. It’s just a transient sensation of basic taste (sweet, salty, sour, bitter). While I think it’s still an action you should own, it’s just not always apparent. Geographically situating your food in a place that forces you to derail your current activity can be just enough of an interruption to at least control the rate at which these foods can be eaten, if not cause you to pause for thought.