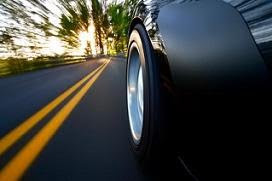 And at some point in every fitness-writer/blogger’s lifespan, there has to be come form of accountability for what he or she writes. A proponent of supplement X should probably be using supplement X and not just writing in favour of it to get paid if they really think it works. A writer who believes in workout A enough to rave about it should probably be able to show that it works at least for themselves. It’s of little value to say, “X totally works and everyone should be using X, but I don’t.”

I’ve been grumbling along for a while trying for years to gain muscle and then realizing that I was just getting fat. A year ago, I weighed roughly 200 pounds. So I set a goal and a goal date in mid-January and to make it stick, I booked a photoshoot for myself to hold myself accountable. I didn’t use HIIT. I didn’t drink chocolate milk. I barely even drank protein. I took a multivitamin. I took creatine. I lifted weights, and near the end, I did some steady-state cardio to burn a few hundred calories so I could eat a little more to keep myself sane. I ate less throughout the 12 weeks and I didn’t eat 6-8 meals a day. In fact, I ate 1-2 meals a day because it was more satisfying to have an ACTUAL meal, instead of trying to spread 1100 calories into packets of 150-200 calories (seriously, do you have any idea how completely NOT satisfying 200 calories is?)

I still had a 60-100 hour work week. I traveled craptons for fellowship interviews and one Unsummit (seven out of twelve weekends on a plane to somewhere and back). I’m pretty sure I ate my weight in food in Vegas, one week before my photo shoot (which was planned) and there was one week where I decided I just had to eat an entire frosted pound cake because it was just there and I wanted to.

This is just an anecdote. This is my N of 1. For every story that you’ve heard of person X getting into better shape by following yet another gimmick that has no published proof of effectiveness, here’s my one story to show that it is possible to improve the shape you’re in without following much of anything gimmicky, or not scientifically validated at all. So yes, it is the weakest form of evidence, but just as valid as every other piece of anecdotal evidence out there.

I’m not the most built guy, but I’m still proud of where I got; and I’m definitely tracking towards moving forward even more. Thanks to John Barban and Brad Pilon for support, both workout/diet and sanity-related. Yes, I am a fan of Aussiebum, so I don’t mind giving them some promo 🙂
Photo credit: Shaun Simpson, Shaun Simpson Photography